The 7th annual Moscow Dive Show is the second year in row back in the new old venue, the Gostiny Dvor across the Red Square. Below are the basic facts and figures to kick-off the new underwater season.

After two quarantine seasons, the Moscow Dive Show is still afloat as the major industry gair both in Russia and the ex-USSR. Above us only sky: the Moscow Divew Show in the major industrial fair in Eastern Europe and the ex-USSR. Leading players in both retail and dive tourism came together from all over Russia, Belorussia, Ukriane (despite all odds), the Baltic, Kazakhstan, Azerbaijan. Coming to Moscow once a year is well convenient for doing business out there. Local markets feel fine communicating via Moscow. 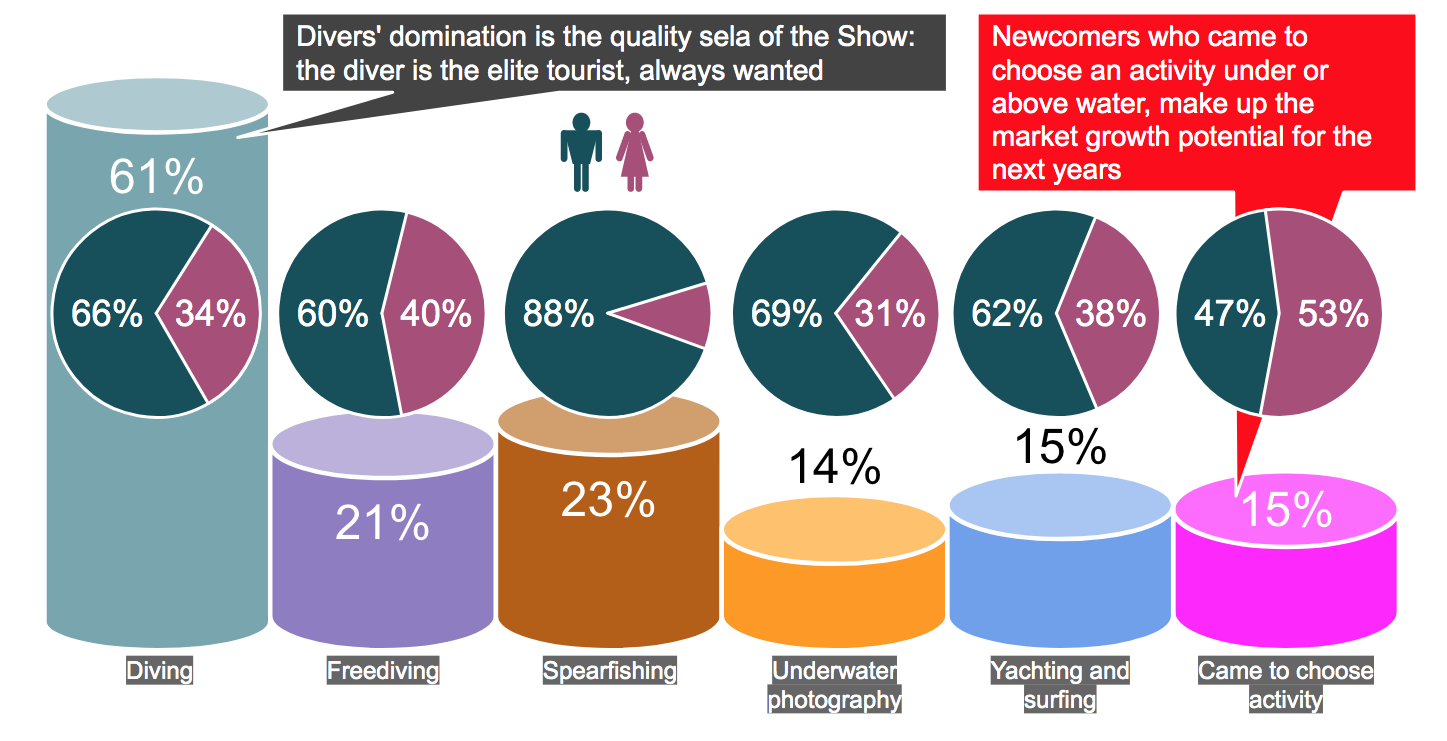 Preferred underwater and water activities and specific male vs female shares: based on questionnaire of 5500+ respondents in the Moscow Dive Show 2022

Divers traditionally dominate among visitors, aggregate underwater people are some 6/7 of the total traffic (86%). Male / female shares differ considerably: most preferred by female is freediving while spearfishing is almost male only. Newcomers who intended to pick an activity are equally male and female though female slightly prevail. These 15% are the most valuable growth potential, with those eager to go water or underwater soon. 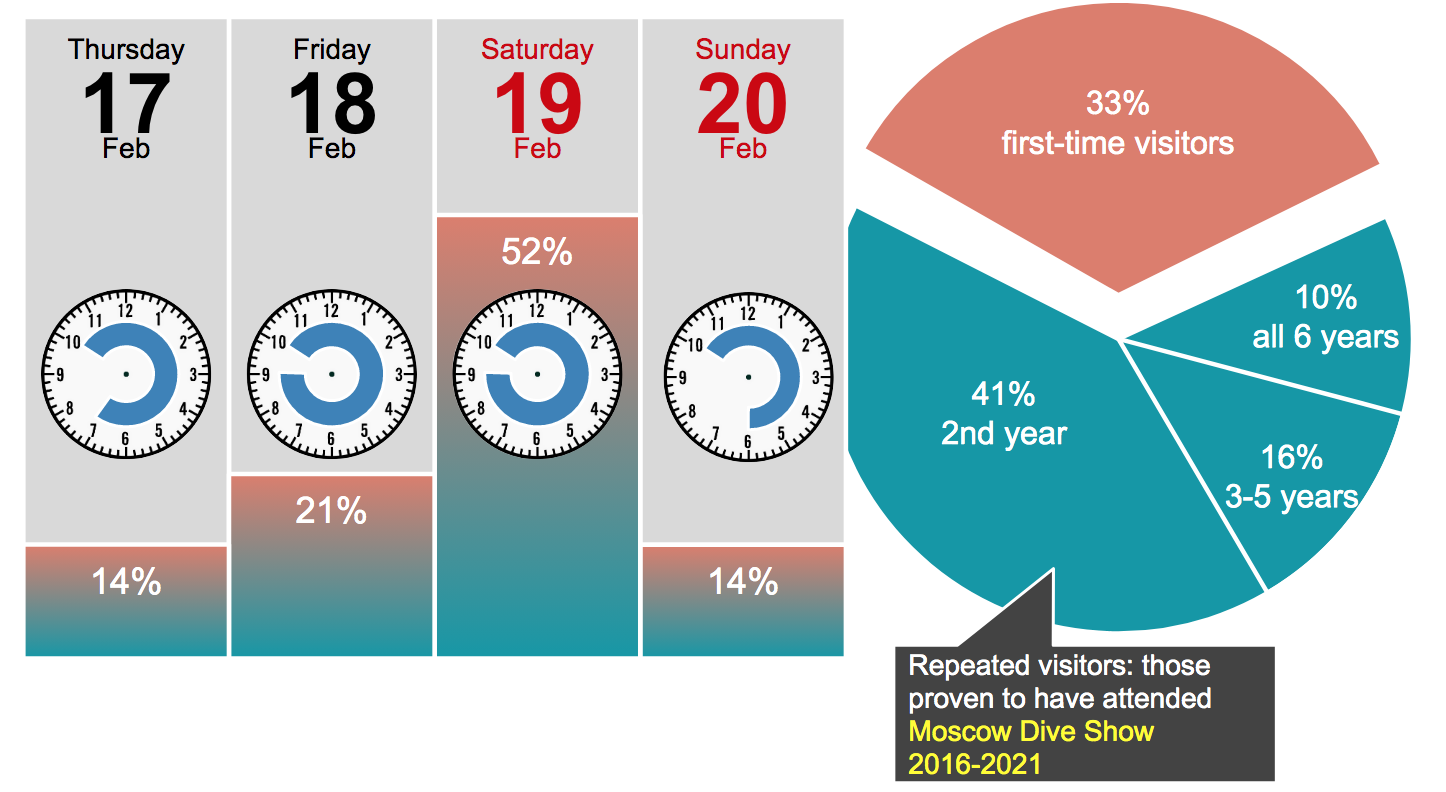 Visitors flow by Dive Show days and structure of repeated visitors: based on questionnaires of 5500+ respondents in the Moscow Dive Show 2022

The busiest day of the Show is Saturday, with peaked family attendance and most intense entertainment. Registered repeated visitors from previous years made up over two thirds (67%), with over a quarter (26%) regular visitors with 3 to 6 Dive Shows attended. 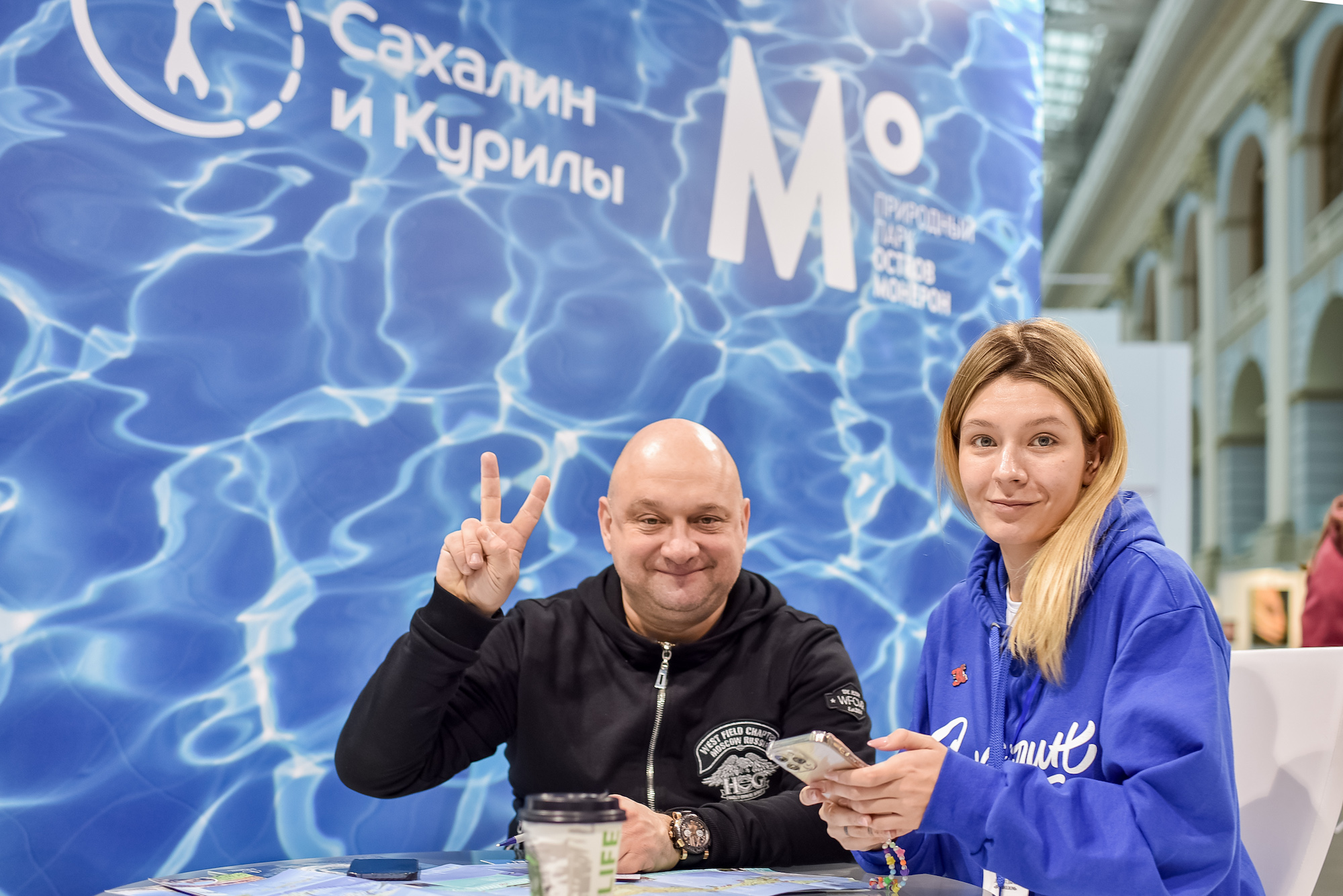 Maybe the most important premiere of 2022: the pristine island of Moneron, the southern gate to Sakhalin and imporetant hub for tourism in the Sea of Japan

A considerable share of visitors from other cities outside the capital area and even other countries have traveled to Moscow especially for the Dive Show weekend. The Moscow Dive Show is an event of proven national and international scale. It's a kind of event planned moths in advance and kept in calendar alerts.

The 7th annual Moscow Dive Show has shown a cumulated traffic of 18+ thousand visitors in 4 days. Restrictions for the time being (and lifted soon after) with mandatory QR code check have heavily affected the overall number of visitors. These measures have been imposed only weeks before the show despite the expected decrease of quarantine regime. The scene has met this rigidness without enthusiasm. Some have have posted their short-term cancelations due to unaccepable conditions of admission to the venue. Under the line, the estimate of lost visitors would be at least 20%.

Amdonmg the guests (exponents excluded) over 1500 pros checked in, such as owners and managers of dive clubs and dive shops, and active dive instructors. Around 1200 of them have registered online well beforehand to get the Pro all-access badge. 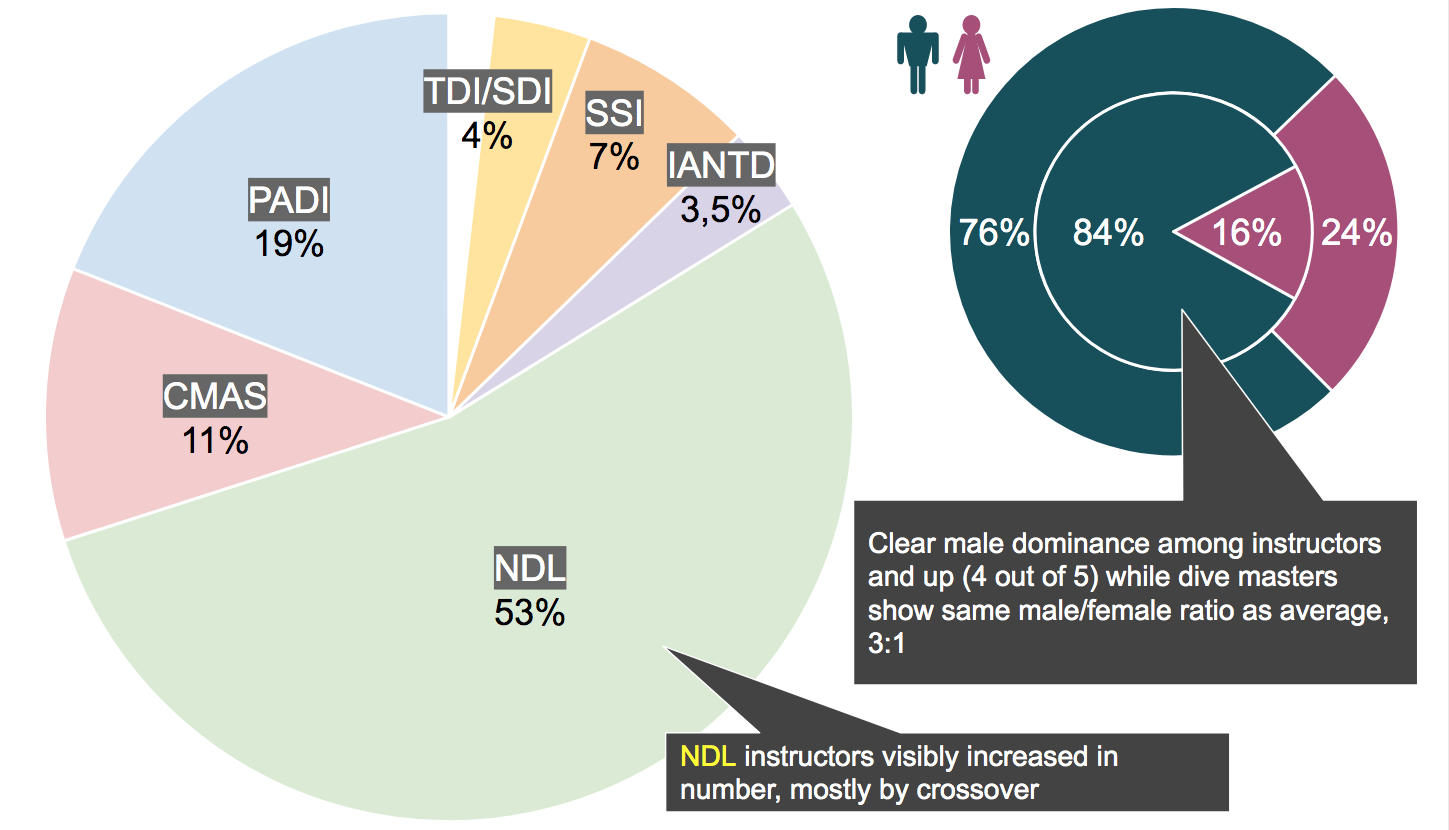 Certification agencies where instructors belong to: based on questionnaire of 1200+ registered pros in the Moscow Dive Show 2022

By the dates fo the show, no restrictions from international certification agencies had been imposed for Russian divers. Possible changes in the big picture in the coming year with likely crossovers would be visualised in the next Moscow Dive Show. 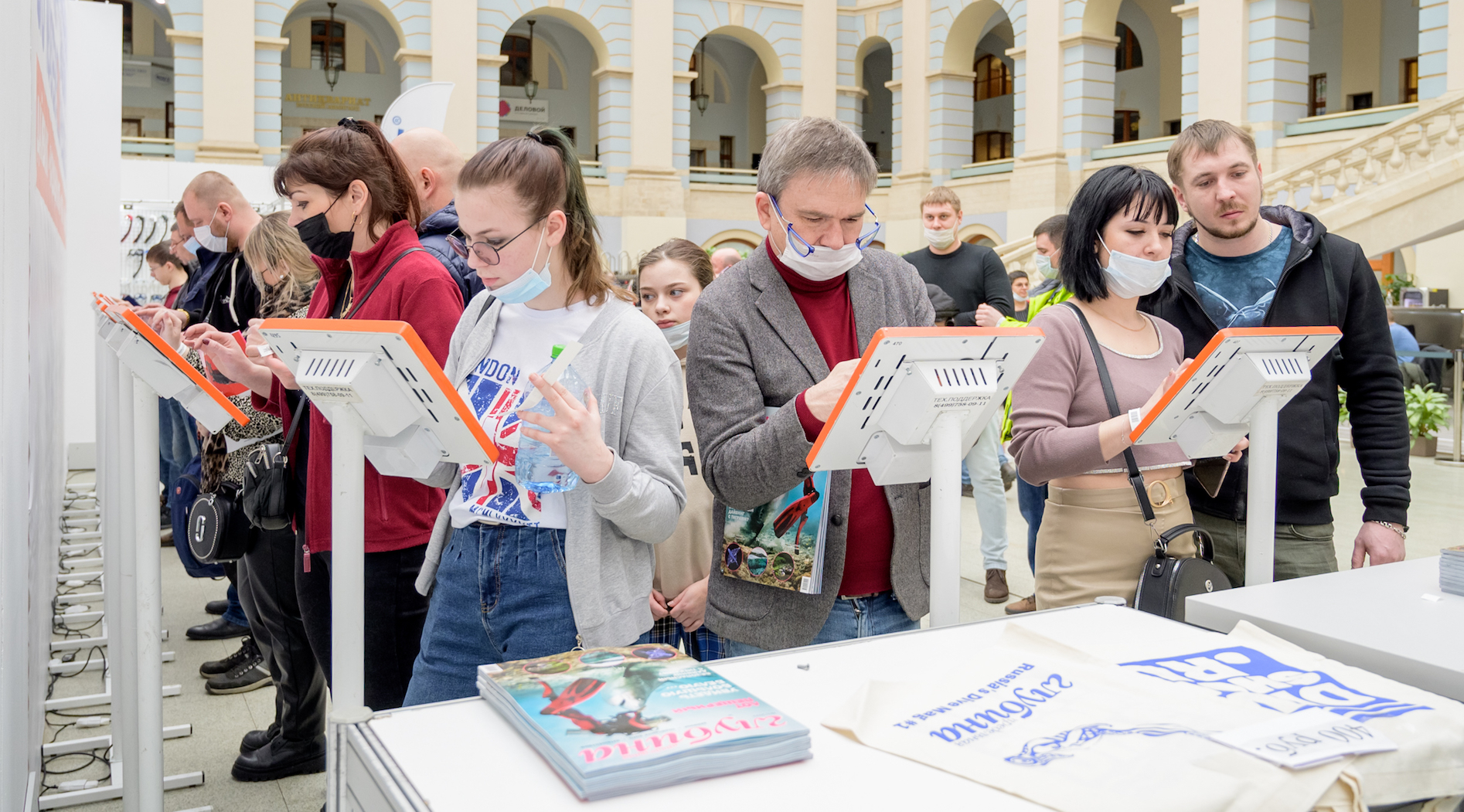 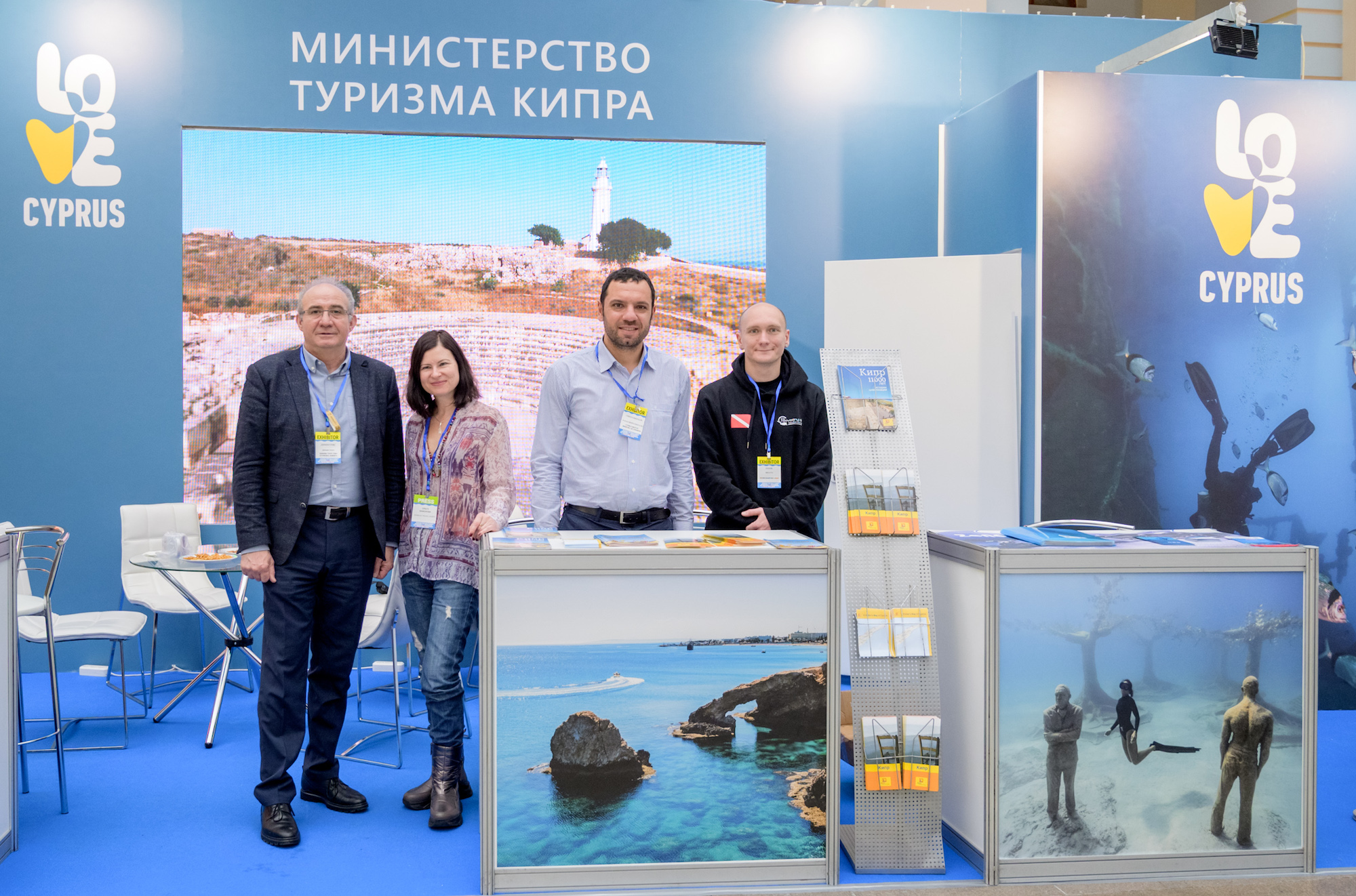 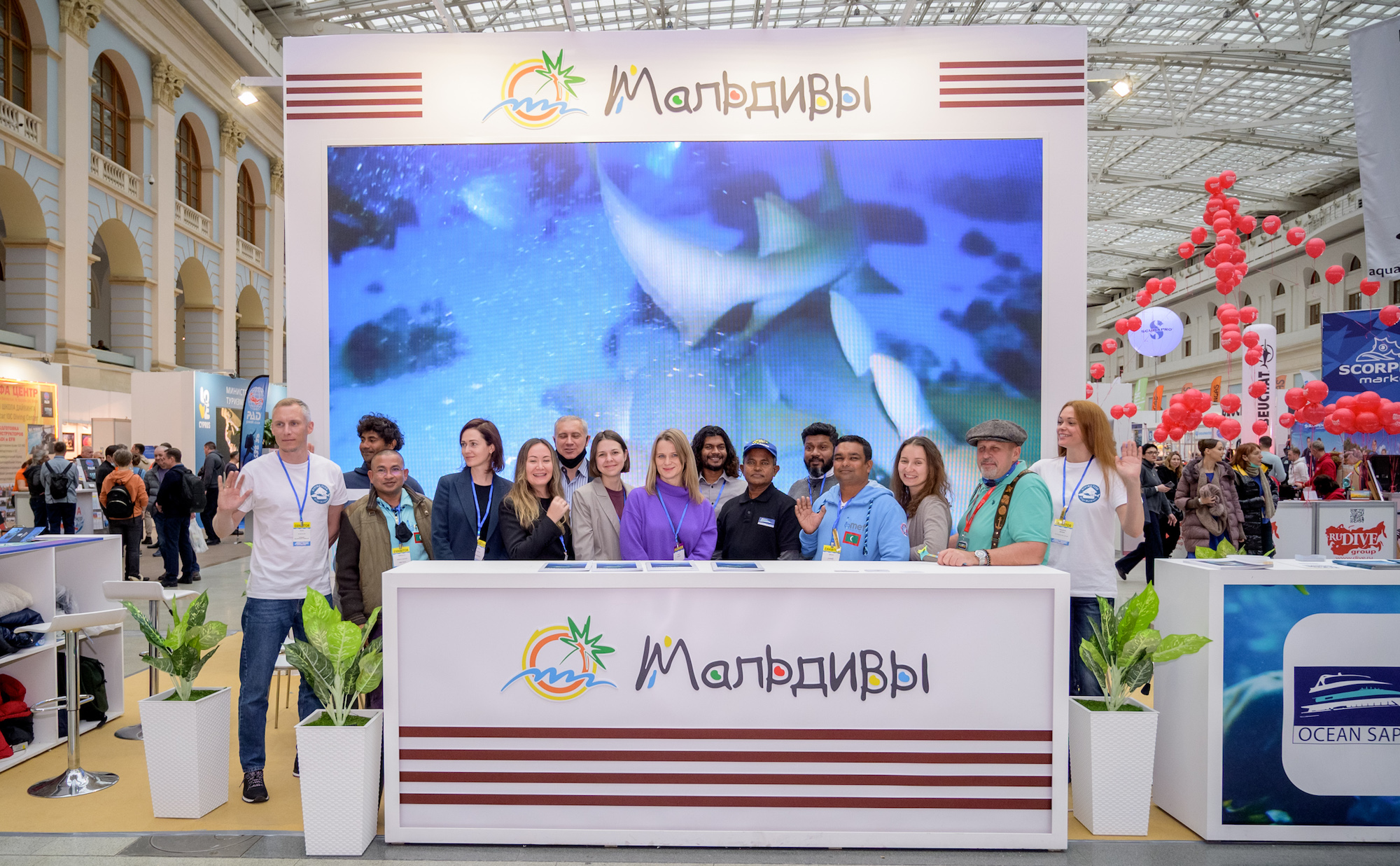 A joint effort of the Moscow Dive Show and Neptune mag: commercial, rescue and military divers, hyperbaric physicians, ship lifting pros have put their gear and features on show the 2nd year in row. The event is a rare opportunity for personal meetings to tune up the agenda, to directly contact manyfactirers and to hire contractors for underwater tasks. 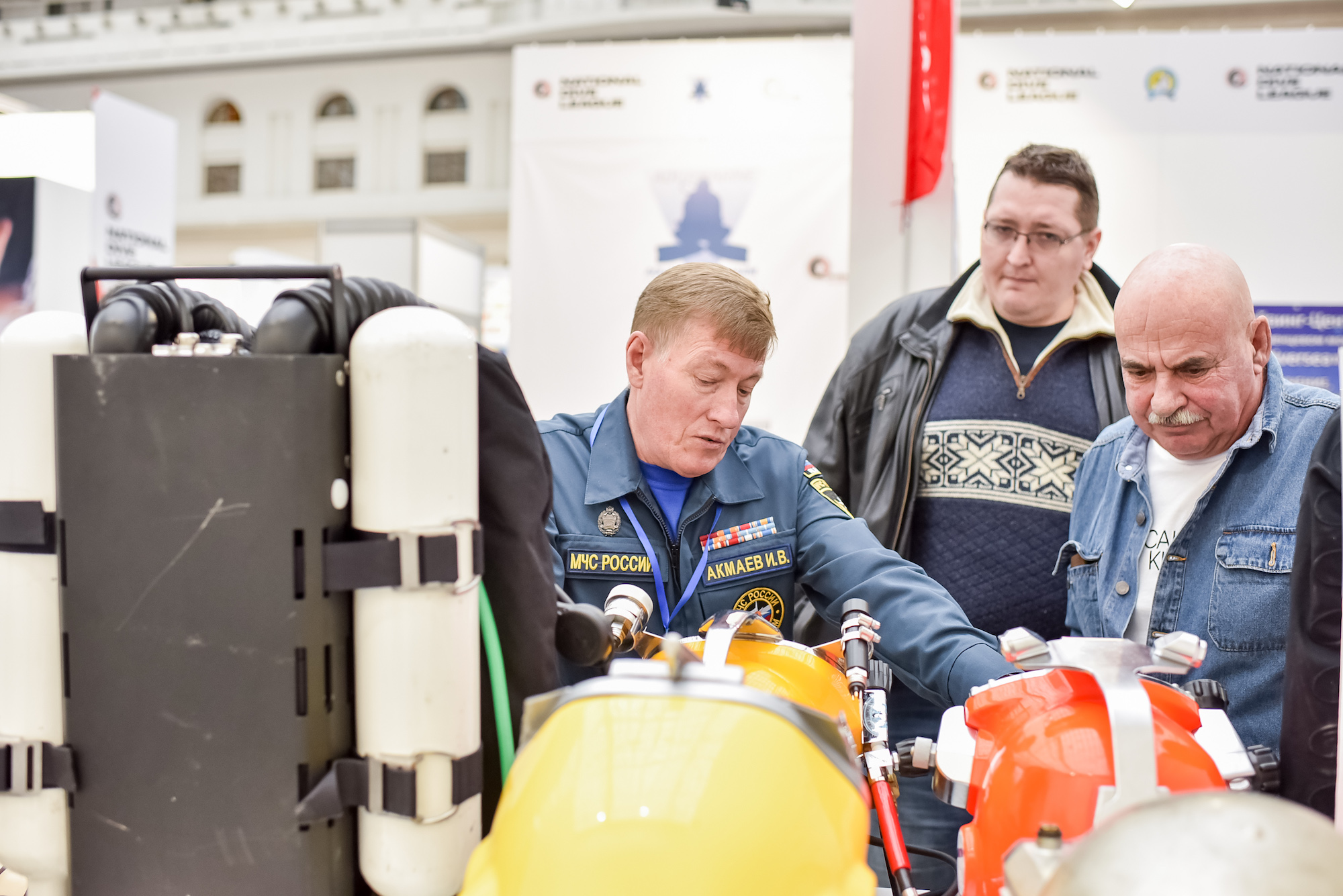 Commercial and historic dive gear is a great backdrop for selfies

The commercial diving corner has featured modern gear along with classic helmets, and also special high-durability suits for ice rescue and aggresive anvironments. Submissions for carreers in underwater tech companies have also been encouraged. Swintching from sports diving to comercial is a chance worth considering. 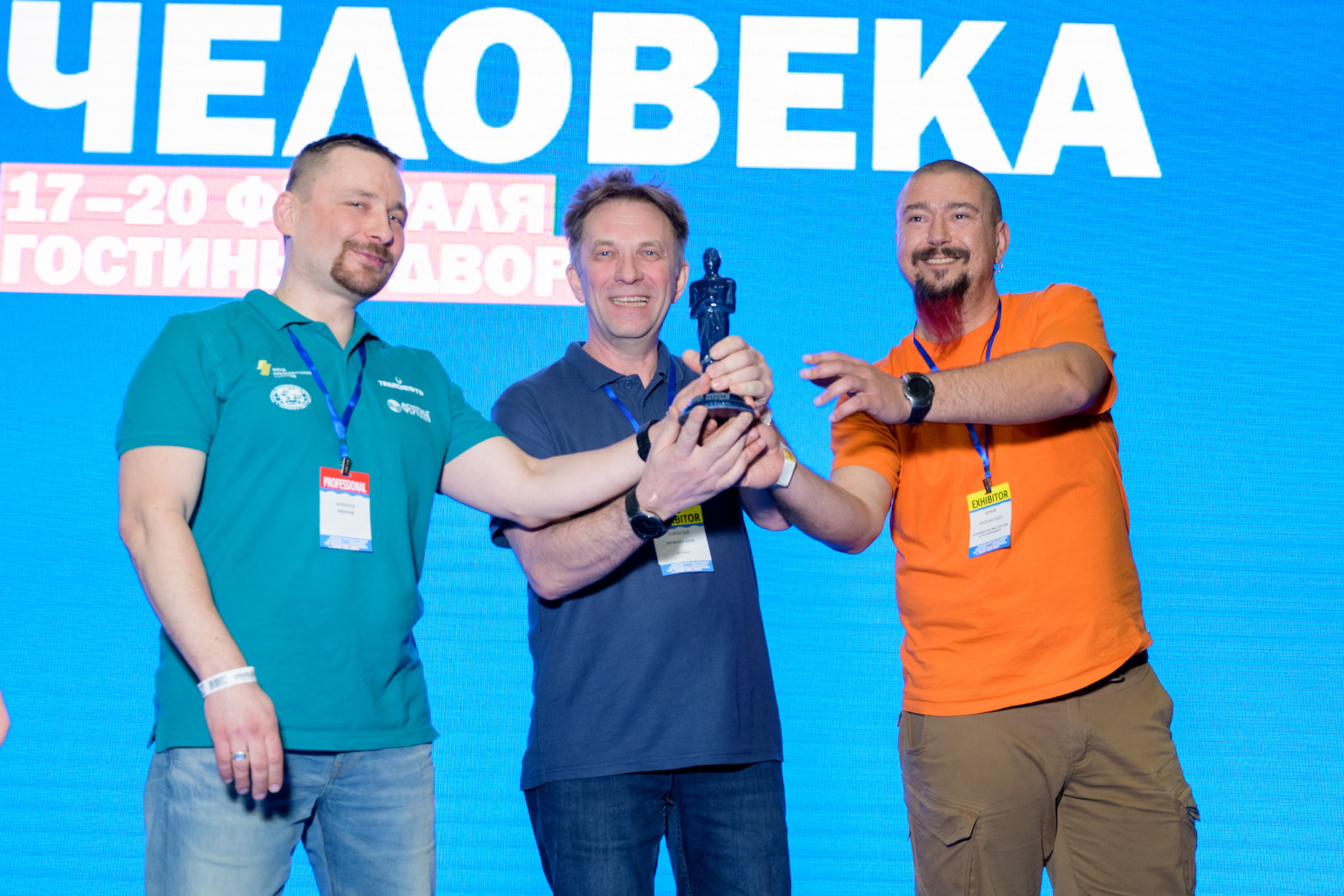 The entertainment program of the Show featured over 30 hours of video, covering both underwater and sailing. Special effort has been invested into keeping the kids well busy: edutainment presentations of the underwater micro/macroworld, the traditional underwater drawing corner, and also some remote-controlled submersibles in the demo pool. 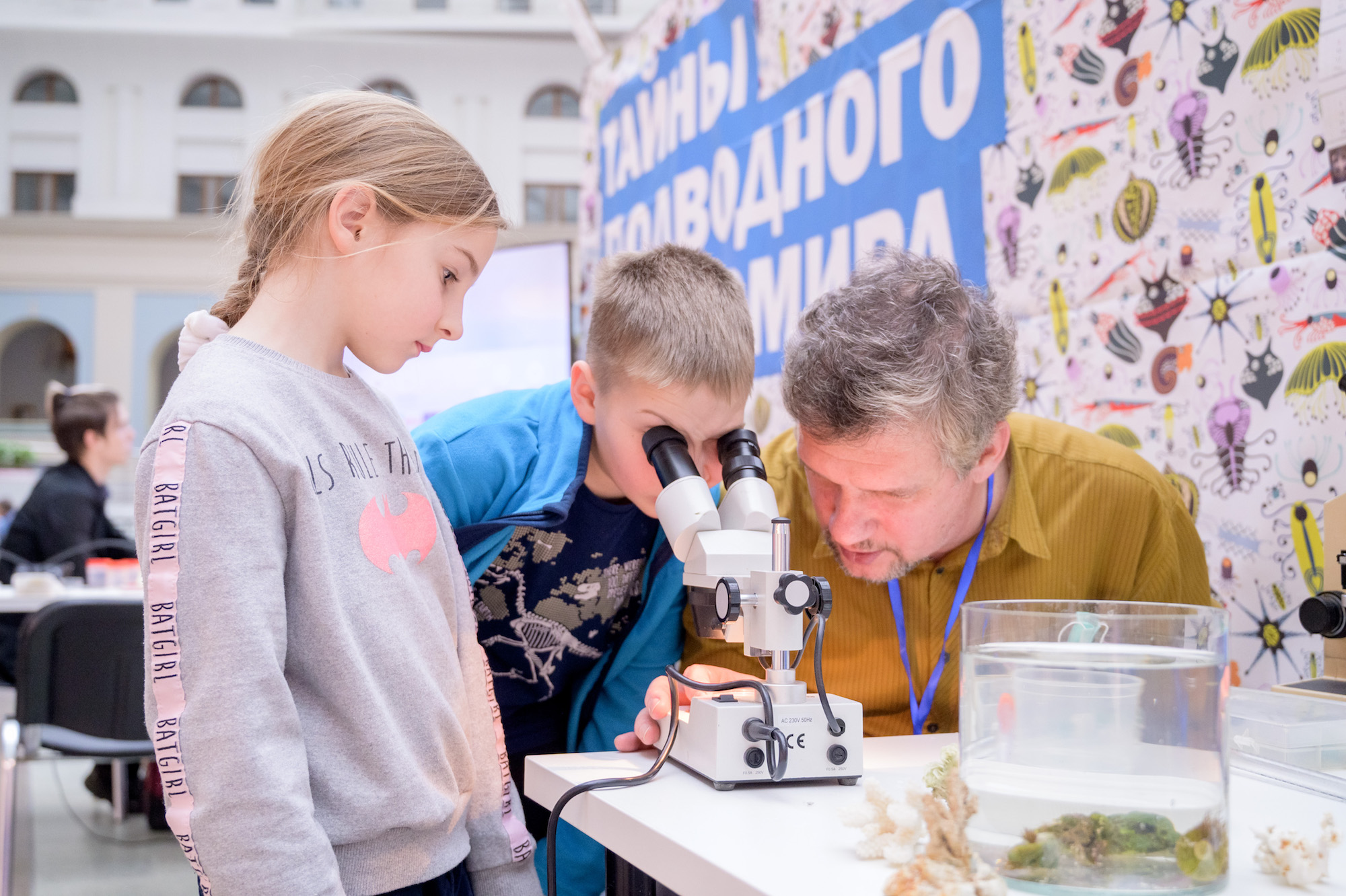 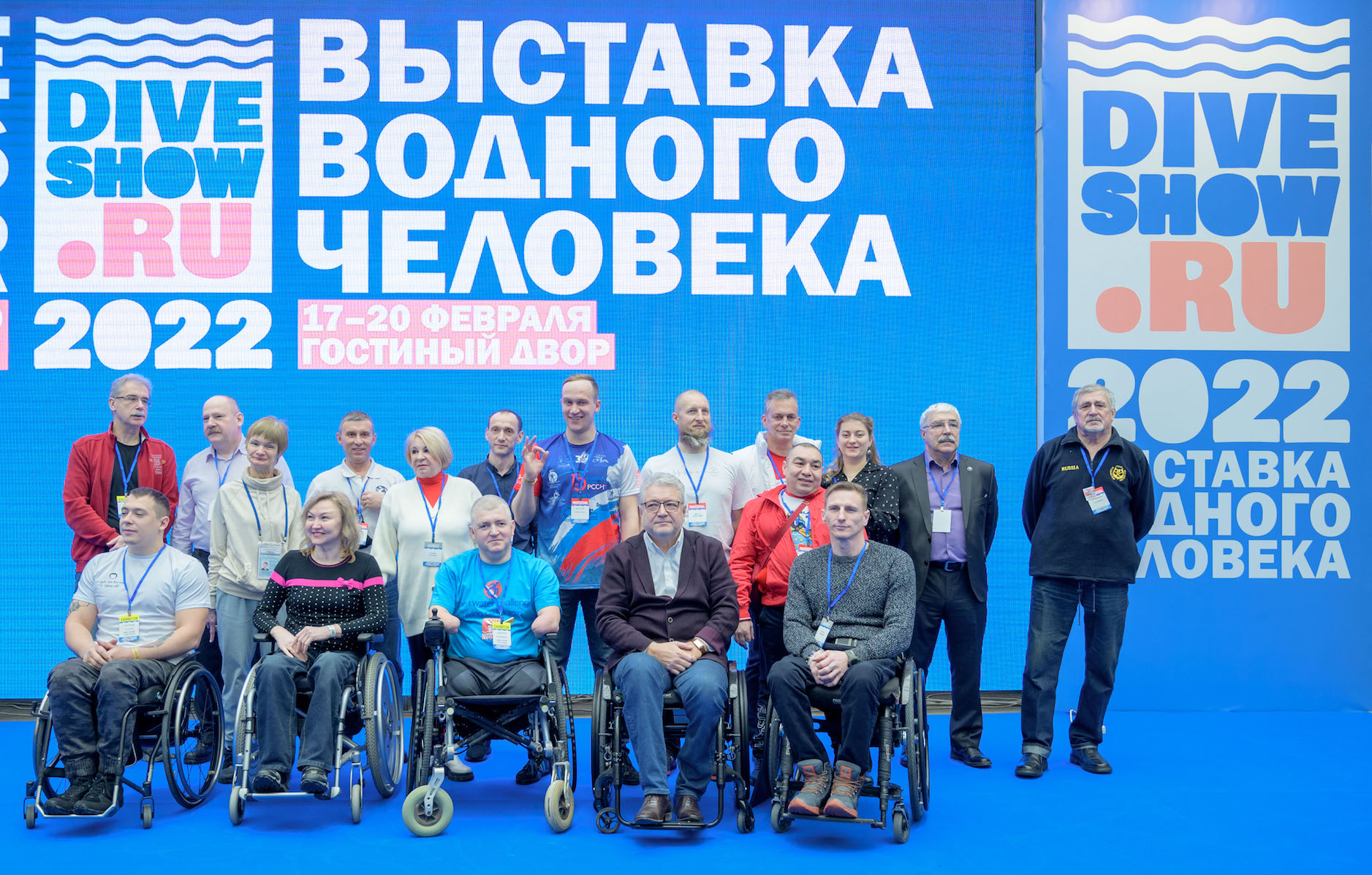 Very special attention to handicapped divers: they really felt well in the Show, with a dedicated photo booth to honor their efforts and achievements supervised by paradiving instructor Mr Dmitry Knyazev 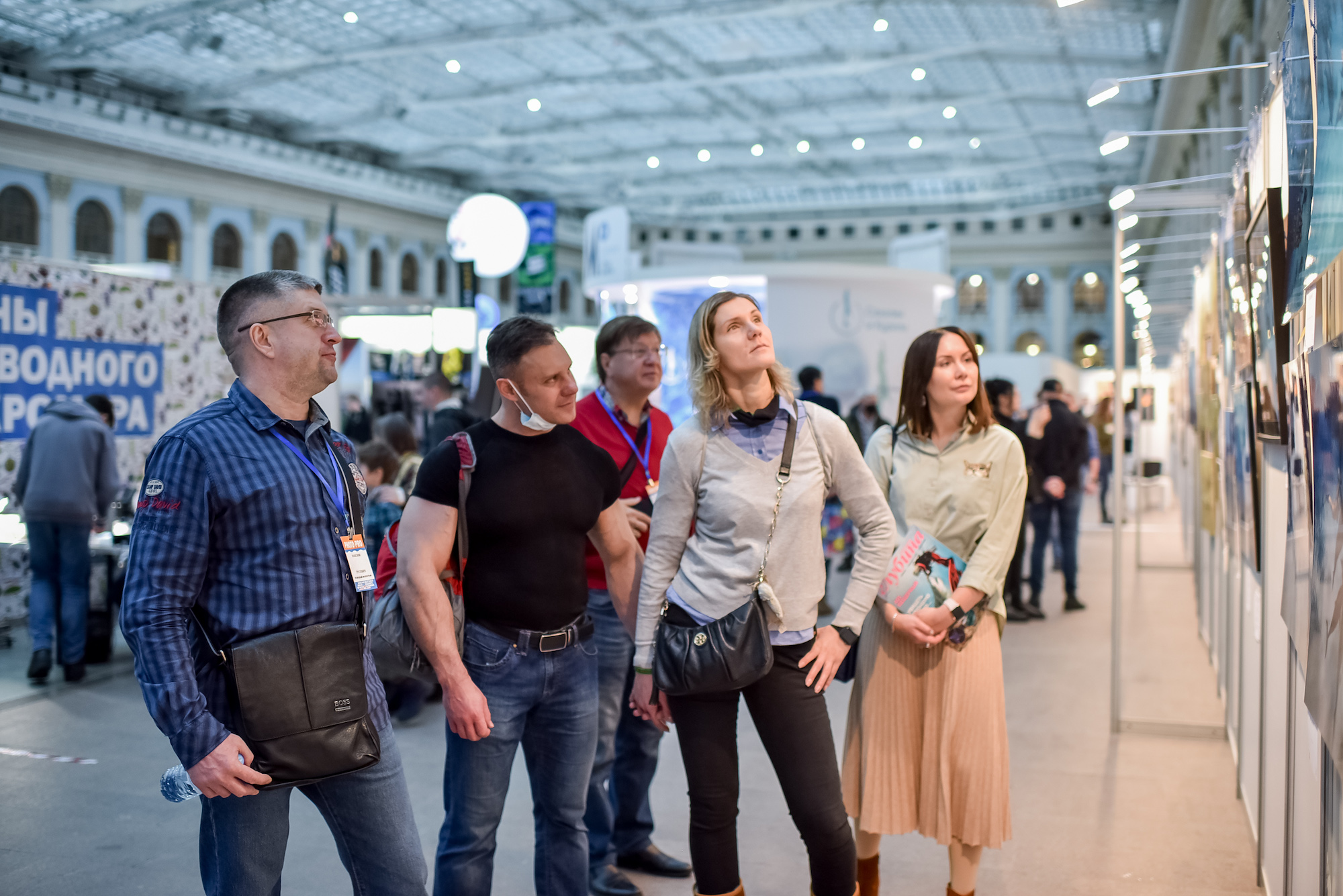 Along with new images from pros and amateurs, an extra section featured prints from the traveling photo exhibition Wild Underwater World

The delicacy row is full of expedition spirit and flavours from unexplored destinations. A real trip also bears culinary discoveries. 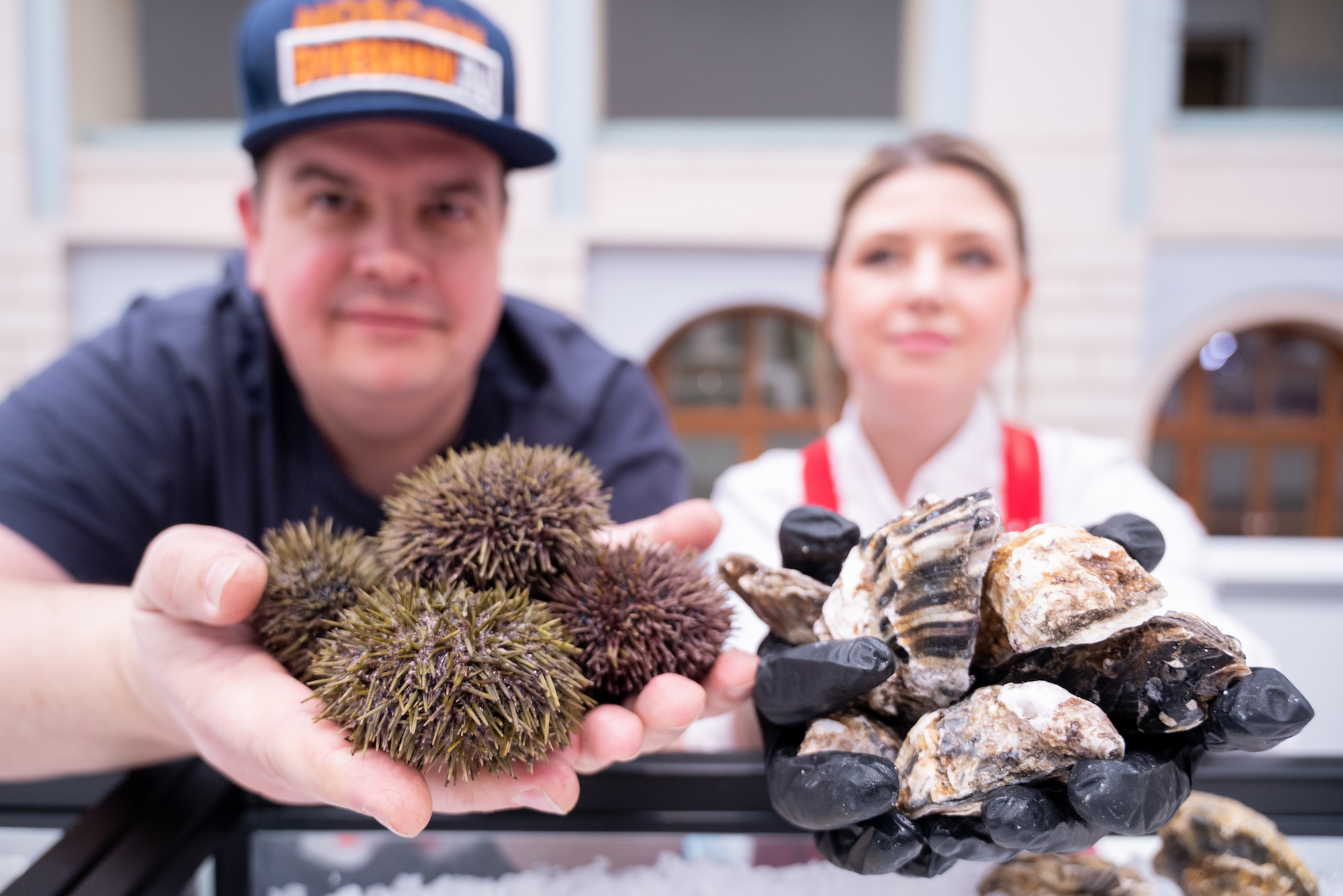 A lesson on oyster geography in the Moscow Dive Show: from America to Sakhalin, alongside with sea urchin caviar

The topside part of the Moscow Dive Show is like the top tip of an iceberg. For skippers, board riders, kayakers this opportunity is the nowadays only one not vanished in the tow quarantine years.

The spacious venue has never before welcomed this fleet of paddle boats and kayaks, sailboats and RIBs, rafts and SUPs. 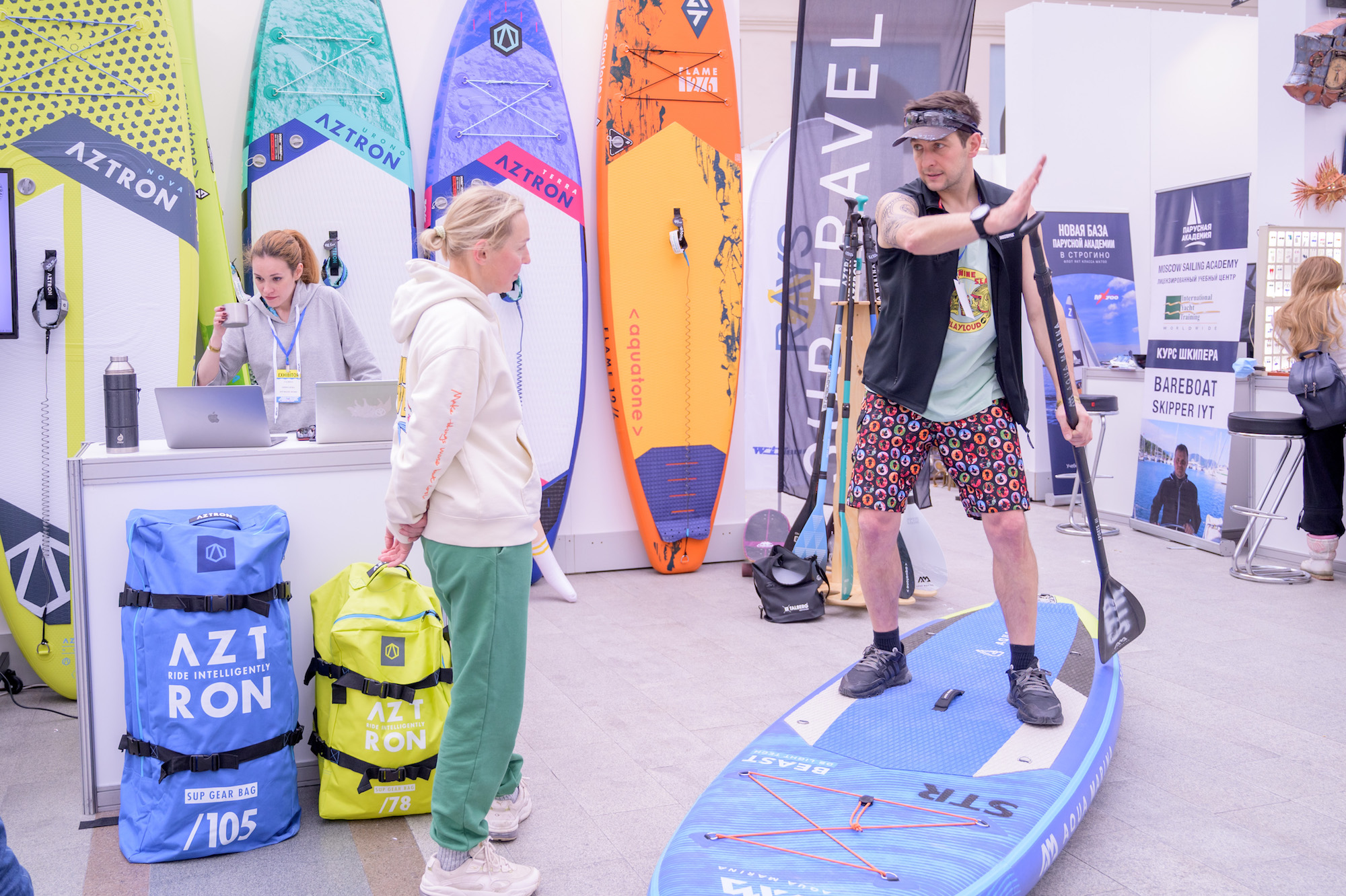 Along with gear and vessels, there was quite a variety of courses for certification of skippers ans boat drivers. A new moble app with marine signs and signals has been presented. Regattas covered all kind of water bodies from the Moskva-Volga canal and nothern lakes up to polar altitudes and open oceans.

Just a bit over a half of all divers went diving abroad in 2021, with 55% being diving in Egypt, and almost ? of these (abs 34%) have not traveled elsewhere but Egypt. The overall geography has shrunk: the top 10 destination cover around 92% of the dive travel variety. Previously popular destinations like Mexico, Cuba, Vietnam fell below the top 10, and Indonesia, Philippines, Jordan even below top 20.

Where Russian divers traveled for diving, top 10: based on questionnaire of 5500+ respondents in the Moscow Dive Show 2022

Obviously, in the quarantine year the popularity of destinaltions heavily depended from thechical and medical accessibility while before all the restrictions the maybe major factor was the direct air connection to Moscow. 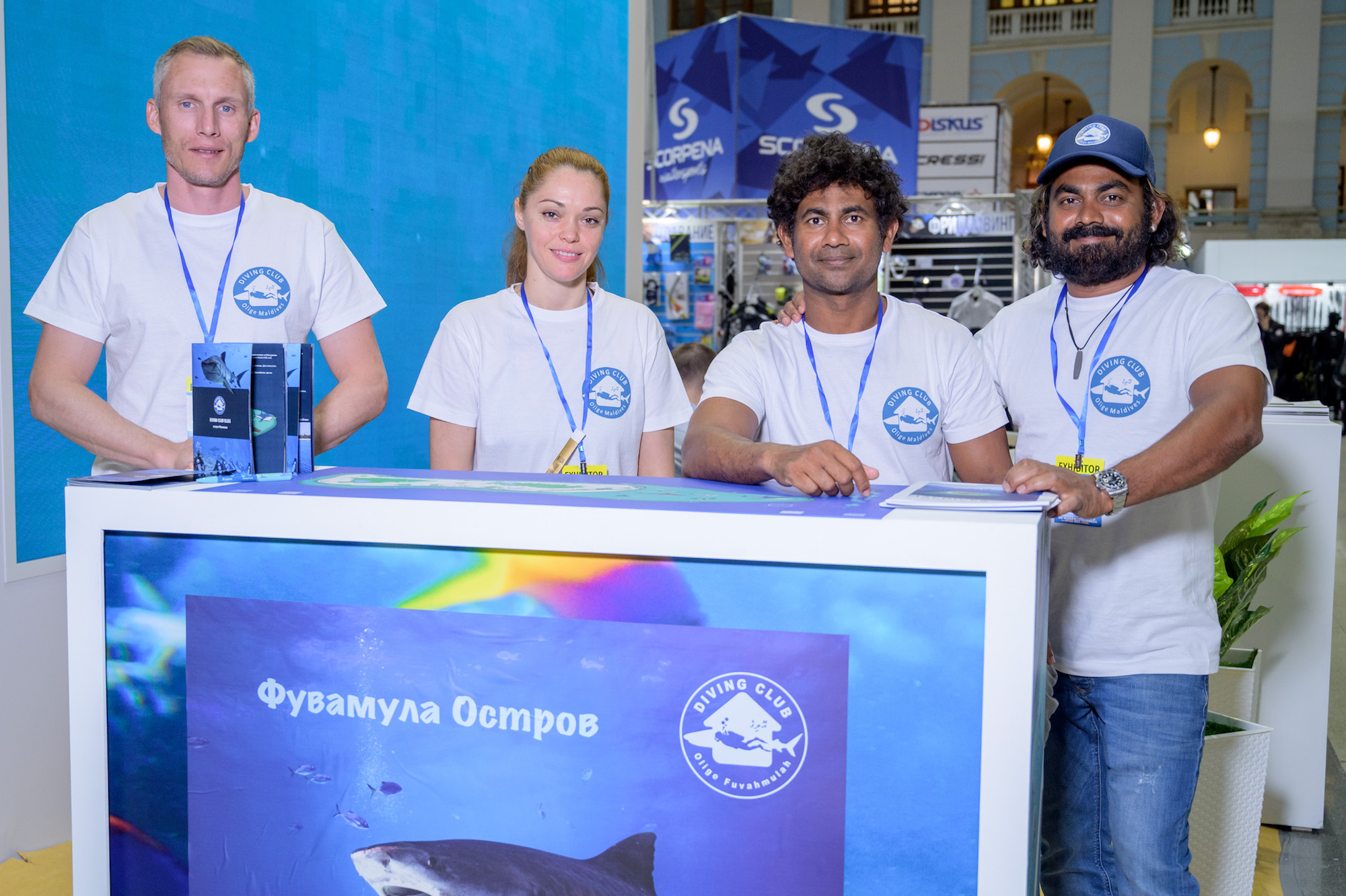 The 8th Moscow Dive Show is scheduled for February 9th to 12th, 2023, Thursday to Sunday. Same venue: Gostiny Dvor, almost 10 thousand square meters available workspace. By Summer the floor plan is to renew, and all booths not backed by depo are released for instant booking. 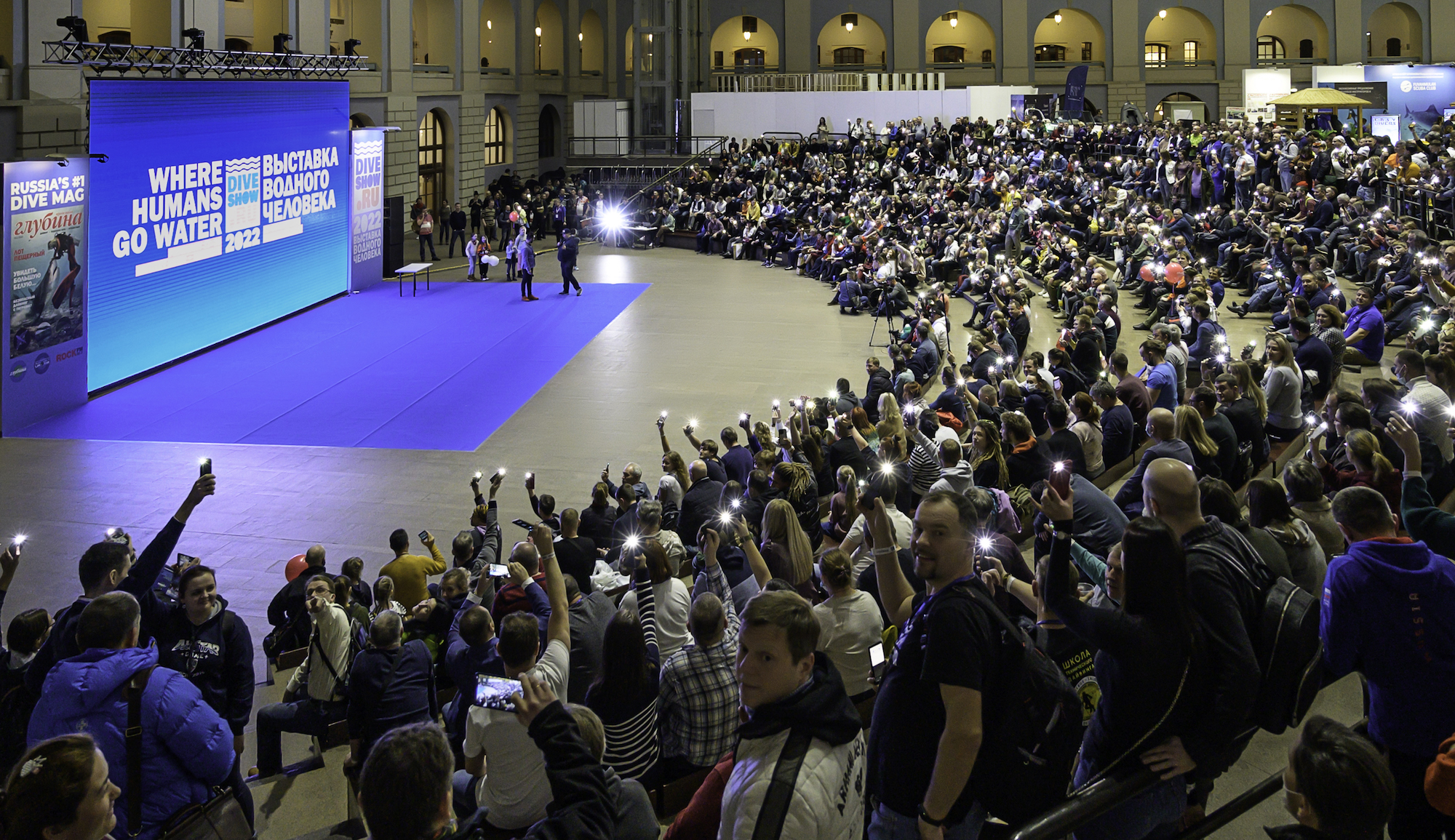 Worth mentioning thatn the Moscow Dive Show is still the one and only dive shwo worldwide which has not been canceled in the quarantine and took place full tilt both in 2020 and in 2021 and in 2022.

The mail to apply for Moscow Dive Show 2023 and is sale@diveshow.ru вЂ“ and all updates posted to moscowdiveshow.ru